During a match, each alliance works to score points by positioning ÒfloppiesÓ, their robots, and the ÒpuckÓ on the playing field. Each alliance will compete using two team-built robots, four robot operators, two human players, and four coaches.

Floppies are light weight, pillow-like objects with Velcro-loop material located in its center and around its perimeter. The puck is a short, octagonal platform that rolls freely on caster wheels.

Each match will last two minutes. In order to win a match, an alliance must score more points than the other alliance.

The alliance with the most points wins the match. 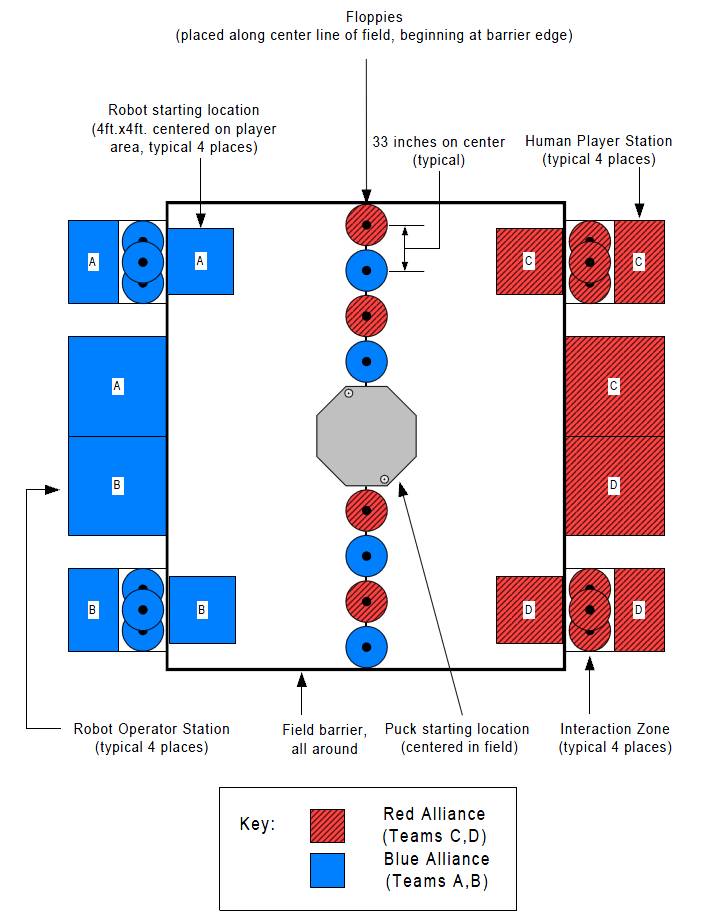