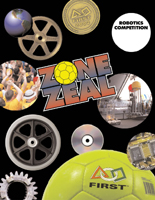 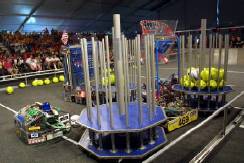 The ZONE ZEAL™ competition is composed of two phases: Qualification Matches and Elimination Matches. All matches are two minutes each. In each match, two teams work together as an alliance against another 2-team alliance to collect and score balls into goals as well as position the goals and robots on the field.

PHASE I: Qualification (Seeding) Matches
During qualification matches, randomly assigned teams are partnered to form alliances. Alliances last only for the duration of a match.

PHASE II: Elimination Matches
Alliances formed for the elimination matches stay together for the remainder of the event. Each alliance is composed of three teams. One of the teams serves as an alternate in each match. Each team must compete in at least one elimination match in each series (quarterfinals, semi-finals, and finals) unless a teams robot is unable to move along the carpet under its own power.
Each series is best 2 out of 3.


During a match, the alliance scores points by:


At the start of each match, each alliance station contains ten (10) orange soccer balls. Twenty (20) yellow soccer balls will be centered along each side of the playing field. All balls may be used to score points. 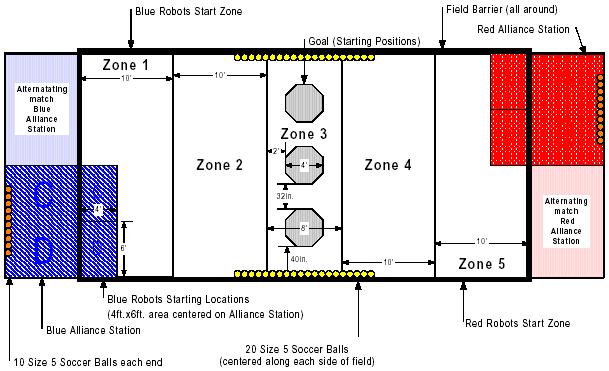